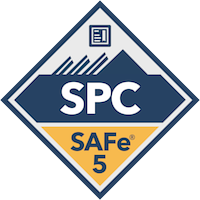 Leaving the train station with numbers and KPI to steer with but without a vision is a daring event with a high risk of derailment.

It is a disservice to start agile trains or for that matter projects or agile teams without a vision for people and teams to share and strive for. Giving a team just KPIs and no vision is like giving people salary but no vacation. When leading with incentive and numbers it will affect behavior and we always risk to end up with local optimization. A vision and a mission is a strong motivator. With a incitement hanging around there could be a conflict. As Deming says: Eliminate management by numbers and numerical goals.

We have probably all of us heard the JFK quote: “to have a man on the moon by the end of the decade” as a good example of a vision. The vision when it gets shared and embraced is not just “one more artifact” in the train or in the team, it is actually the different between “just okay” and success. The shared vision give us courage and commitment rather than compliance and just “good soldiers”. When you steer with numbers you get what´s expected from the teams. When leading with vision you get teams that will make it happen.

The JFK story has more than just the initial quote. The following example from Peter Senge shows us the power of the vision when it becomes shared. In the mid-1960s at MIT´s Draper Laboratories the lab director several years in to the project became convinced that their original design specifications were wrong. This posed considerably potential embarrassment, since several millions dollars had already been spent. Instead of trying to jerry-rig an expedient solution, they asked NASA to disband the project and start over again. They risked not just their contract but their reputation. There entire reason for being was embodied in one simple vision – having a man on the moon by the end of the decade. Pivot without mercy or guild that lives in the SAFe lean house in the pillar “Innovation” gets possible when we are embracing a shared vision. Courage is simple doing whatever is needed in pursuit of the vision. This can happen when we believe in something bigger then “just” the short-term KPI.

The vision tells us what we believe in. It is the answer to why we get up in the morning. Having KPIs gives us short term engagement but there is always an end to a number. Either we reached it and then what or we don’t reach it and then what. Ask a random athlete what happen when a goal is reached, when a record is broken. The answer is probably that they feel a void. Reaching a goal without a purpose and a vision is not long-term successful. A KPI can lead us in a false direction of becoming best by hitting the numbers. But a more successful way of becoming best is not to focus on becoming best. If we what to increase sales by 10 % in a segment sure we need to pinpoint the KPI but make sure to a have vision to lead with that make “best” happen regardless of the KPI.

The manager for IFK Norrkoping, Jens Gustafsson, shows us how it could be articulated. When asking about the finales instead of talking about wining he is talking about “respecting that every player is different” and “the goal is to evolve individuals”. By not focusing on win, they will become best.

The vision helps us come together, all of us in the teams and the train. Having a vision that is both connected to the company mission above and connected to the strategy and priorities below will create more alignment vertically and horizontally.

The JFK quote gives us additional examples to the power in a vision and alignment. When visiting NASA, JFK was asking a janitor what his role was. The janitor reply: “I am helping to put a man on the moon”. To create that mental attitude around a vision from everyone after a PI-planning will give the train the possibility to not just reach a KPI but rather accelerate the team learning and start the journey to become truly committed ready to put every effort possible to make it happen and not just to plan out as “good soldiers”.

As leaders we sure need those numbers to navigate, but we surely need the vision to lead.